“Maybe it’s me, but I feel the Torre de Ona wines are leaning more and more towards the La Rioja Alta style or maybe it’s the other way ‘round, and the 2009 Reserva is no exception. The fragrant nose displays notes of cherries in liqueur, leather, spice box and licorice and the palate shows fine-grained tannins, pungent flavors and great length – all of it in a subtle and harmonious way. This is a great Rioja! Drink 2014-2019.

Torre de Ona was an ambitious project created 1986 in the tiny village of Paganos belonging to Laguardia in Rioja Alavesa that was finally purchased by La Rioja Alta in 1995. Traditionally only one wine was produced exclusively from the grapes from their 61 hectares of vineyards, but in 2005, they started separating their more productive vineyards, which produced a lighter wine and created a second brand, Finca San Martin. The wines are distinctly more modern and fruit-driven than the ones produced at La Rioja Alta.” 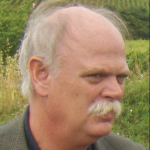