There may be no food in the world more luxurious and indulgent than lobster. This rich and opulent shellfish is used in regional cuisines around the globe, but regardless of how or where it’s prepared, lobster is always a special treat. Given how decadent and expensive this ingredient is, we thought we’d take an in-depth look at the best wine pairings with lobster, ways to handle lobster, and a few tricks to get the most out of each lobster – along with a collection of a few of our favourite recipes, of course.

Lobster is a versatile food item that can be cooked in several different ways – grilling, poaching, boiling, steaming and more. It is also a versatile vehicle for flavour that can withstand flavourful sauces and seasoning as the star of a dish, and it is increasingly common to see lobster used as a component within a more complex dish, like pastas, risottos, tacos, sandwiches and more. Boiling lobsters remains the most common way to enjoy this delectable treasure and while there is some variation depending on the size of your catch (or more likely – your purchase) you want to allow your lobster to boil for about 10 minutes per pound. If you’re planning on roasting or grilling your lobster, experts advise that you disassemble your fare before you get started, since the claws don’t need as much time to reach a satisfactory level of done-ness as compared to the tail. This said, you should leave both the tail and claws in their shells until you have finished cooking and are ready to serve them.

Beyond the Claws & Tail

We all know that lobster meat is next-level tasty stuff. Despite the current market conditions that have caused prices to come back down to earth, at least compared to years gone by, lobster is still something of a treat. Our favourite trick to make lobster go further? Rather than serving a lobster per person, consider using lobster as a component in dish – like salad, pasta, risotto, tacos or omelets. In this regard, your creativity becomes the only limiting factor to the frequency with which you enjoy this tasty treat, rather than your budget. Another tasty tip is to make sure you hang on to all those shells, because they become the basis for a killer stock pot – and all that amazing flavour is a great addition to a future pasta sauce or as a flavourful liquid in which to cook a risotto.

When it comes to matching wine with lobster, the two most classic pairings also tend to mirror lobster’s standing as a decadent and luxurious indulgence. The sparkling brilliance of Champagne and the buttery rich white wines of Burgundy are classic matches for a reason – and that reason is mostly because they are bloody delicious! The opulence of white Burgundy in particular might leave one with the impression that it was made to serve alongside this decadent shellfish. Depending on the seasonings, treatments and cooking methods you employ in preparation, other richer whites like Gewurztraminer, Pinot Blanc and Viognier are also worthy matches. As bright flavours and enhancements play starring roles, you will also find that light refreshing whites like Sauvignon Blanc, Albarino and Riesling become interesting choices too. 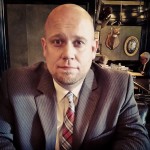 Pulling corks and pushing cases as a third generation wine importer in Ontario, Canada selling fine wines and spirits produced by families - not factories. Get the full story at winetrader.ca

5 Duck Recipes That Will Change Your Life